A Detector Control System (DCS) gets into focus whenever a large number of various sensors and actors within a detector need to be monitored, operated or synchronized in a well specified manner by using a centralized approach. In case of particle accelerator detectors, some well established systems in this context are for example SCADA or EPICS. These control systems make it possible to connect all supervised components of a detector to a special controls network which ensures, that even in an emergency situation all devices can be reached and at least put into a safety mode that prevents human injuries or device damage. The basic requirement hereby is, that all connected components can communicate with the DCS by using a supported protocol. Unfortunately, not all devices operated within a detector offer such a feature, especially when obtained from the COTS market. Therefore, a major role in a DCS environment is played by the so called Detector Control System Board (DCSB). This board offers a variety of interfaces to connect to a variety of proprietary devices. One of such boards, the Fault-Tolerant Local Monitoring and Controls Board (FTLMC) has been developed at IRI: 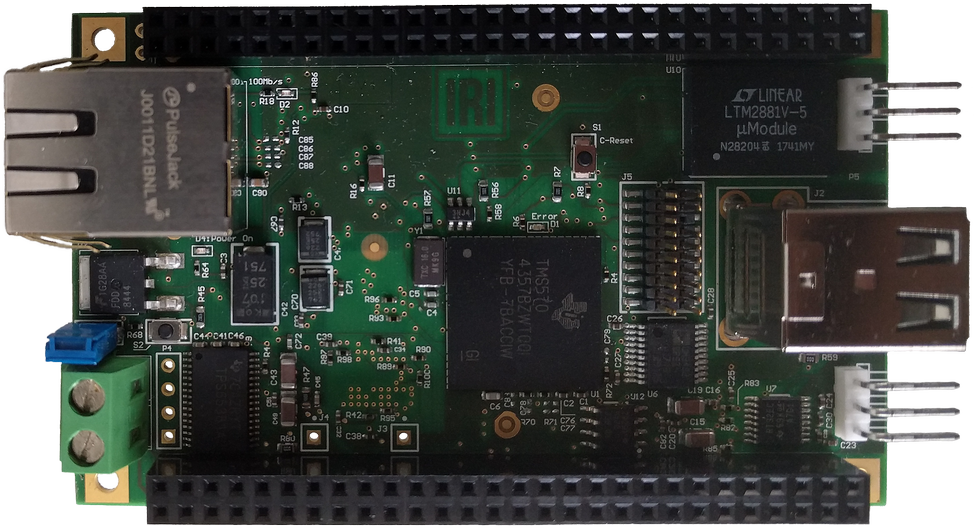 It can be flexibly used in a variety of deployment scenarios by offering a wide range of standard interfaces as well as general purpose IOs, a suitable amount of fault protection against radiation effects caused in the silicon substrate, and a user friendly development interface for quick integration of new sensors and actors via an embedded real-time operating system RTEMS. The FTLMC board has been developed focusing on the DCS at GSI/FAIR in Darmstadt, but can be easily operated in other environments and even stand-alone in the lab.